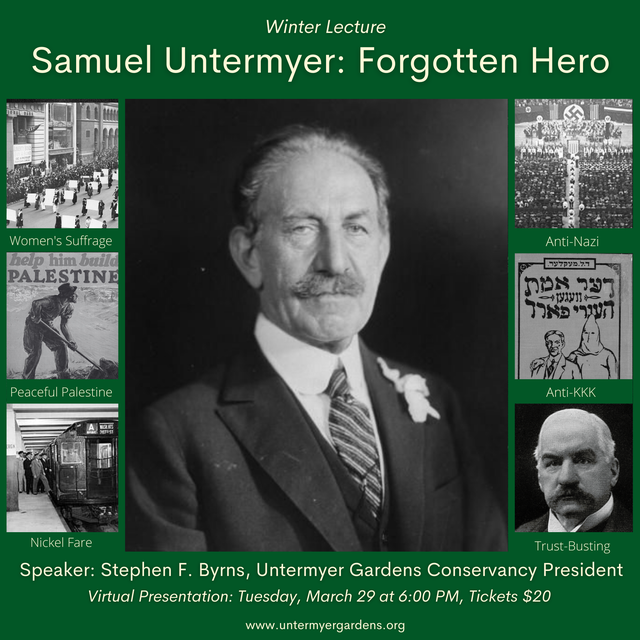 View this presentation ON DEMAND. Once you register, you will download a document containing the link to view the video online.

Samuel Untermyer (1858-1940) was a member of New York’s German-Jewish elite. A brilliant lawyer and investor, he was also a leading progressive figure in the last thirty years of his life and an advocate for some of the major causes of the 20th century.

Against this backdrop, Untermyer had another passionate interest: his 150-acre estate above the Hudson River in Yonkers where he sought to create the finest garden in the world with the help of William Welles Bosworth, who had designed the gardens at Kykuit, the Rockefeller family estate. The lecture will conclude with images of the garden’s evolution—from its heyday in the 1920s and 30s, its descent into ruin in the 1960s and 70s, and its spectacular restoration by the Conservancy, which has revived interest in the historical figure of Samuel Untermyer.

Our website uses PayPal as a payment processor. You do not need to have or create a PayPal account to check out.

2.    If you do not want to create a PayPal account, after entering your credit card information on the second screen, you can click “continue as Guest” below the blue button “Create Account & Continue.”