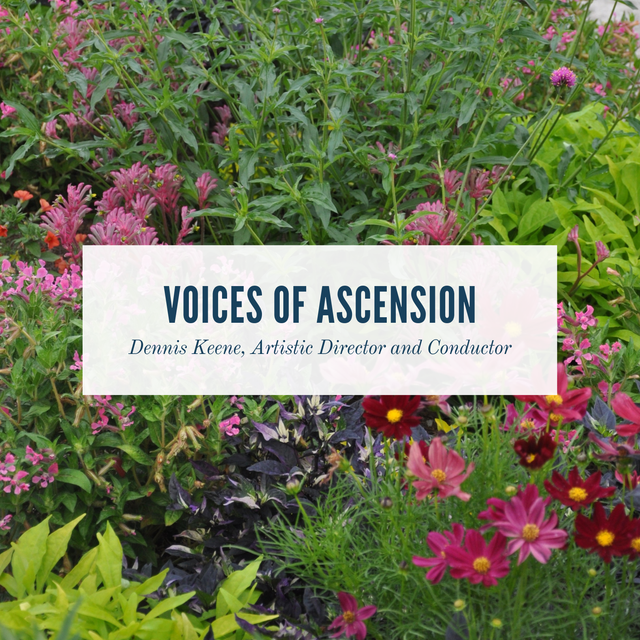 Voices of Ascension at Untermyer Gardens

An afternoon of choral music from the Renaissance to today

Saturday, June 19, 5:00 PM in the Amphitheater at Untermyer Park and Gardens

Voices of Ascension Chorus & Orchestra founded in 1990 and directed by conductor Dennis Keene, presents exceptional performances of great works of music for chorus and orchestra. Over the course of its 30-year history, Voices of Ascension has produced an annual concert series, released Grammy-nominated recordings, and engaged in artistic collaborations with the San Francisco Symphony, Mostly Mozart Festival, José Limón Dance, the Mark Morris Dance Group, The Metropolitan Museum of Art and others. Recent performances have been described as 'richly colored, impressive, and beautifully balanced' (Wall Street Journal) and 'inspired' (NY Times).

Dennis Keene, Artistic Director and Conductor of Voices of Ascension, is an internationally renowned conductor. Through his concerts and Grammy-nominated recordings with Voices of Ascension, regular guest appearances as conductor and teacher, and his work as Artistic Director of the Dennis Keene Choral Festival and Voices of Ascension Conductor Academy, he has become one of the preeminent figures in choral music today. Recipient of awards for exceptional artistry from The Juilliard School and Chorus America, Dr. Keene has also served on grants panels for the NEA and NYSCA as well as the board of Chorus America.